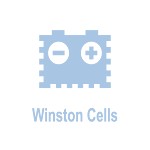 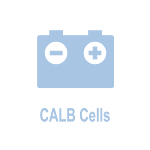 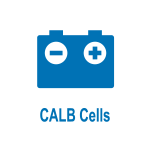 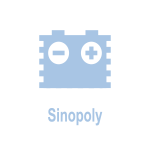 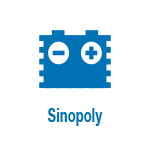 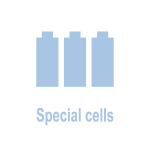 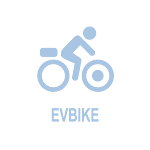 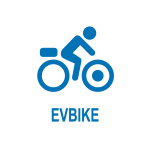 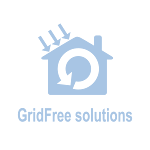 Blackout! Can it happen? What to do first? A 230V power supply failure can cause serious complications whether at home or at the office. Even worse in the event of a key infrastructure element failure, such as a municipal wastewater treatment plant. Such an accident can be fatal for a municipality and a small watercourse - from having to turn the municipal waterworks off (to avoid flushing the toilet) to an environmental accident. Imagine that the electricity doesn't working for a week… what would happen? Faecal matter will flow onto pavements from the channels, the local watercourse will turn into a cesspool, etc.

Of course, people would generally think that a conventional petrol generator is the solution, but in this case it isn't. WWTP (Waste Water Treatment Plant) technology (pumps, control and measuring technology inside) are very sensitive to the quality of the mains and fluctuating voltage from a small petrol generator, and in the vast majority of cases will cause faults at the WWTP technology. Regardless of the necessity to keep the generator permanently on standby (change oil, petrol, continuously start it…).

Therefore, we offered Arnoštov (a remote settlement in the Šumava Protected Landscape Area) a functional yet cost-effective "turnkey" battery solution without the need for complicated operator training and significant intervention into the already finished waste water treatment plant.

The main advantage of the GWL battery solution is easy implementation and affordability with regard to the already completed WWTP, so that the whole system can be implemented even without administratively demanding drawdown of various subsidies, while the effect results are comparable to much more expensive projects that can't do without subsidies. However, even this modification can apply various forms of subsidies if the municipality has the option.

The entire project is planned for 2 phases. The first safety / autumn phase (battery storage and UPS installation) is successfully over, the second, spring / economic phase is installing solar panels, which will ensure the return on the project.

The back-up system consists of a battery pack, which in this case consists of 64 GWL lithium iron phosphate cells (LiFePO4 designation). Here, electricity is stored for at least 48 hours during the treatment plant operation. Battery capacity is fully scalable according to customer requirements, from minutes to several days backup – only depending on the sponsor's specifications.

GWL lithium iron phosphate batteries have been tested by our customers in thousands of applications, our oldest references date back to 2007, all of which are still fully functional. Battery life expectancy is 20 years or more, so they are likely to survive all other wastewater treatment technology. Furthermore, the system uses a three-phase industrial 15kVA UPS, which our specialists at GWL have set to meet the exact charging and discharging characteristics of used lithium iron phosphate cells. Anyone who has ever dealt with deploying lithium cells in practice can confirm that the critical element of the system is the so-called "BMS", i.e. management system, control and protection of lithium cells. At GWL, after many years' experience gathering and testing of various third-party products, we have developed our own BMS, which we call “GWL CPM”.

Therefore, the GWL CPM monitors the battery status. Communication with WWTP is ensured by the second module GWL BCC (also our own production), which enables remote monitoring and control of the battery via the Internet.

Other communication units for data transmission via LTE and GSM network are also used in the project and the system is then under double protection and supervision. The project's second stage includes a 3.3 kWp solar power plant on the roof of the plant. However, it will not be used to sell electricity to the distributor network, as it is often the case, but as an ideal complement to battery storage. In this case, PV modules have a direct economic return, without drawing green bonuses. It only reduces electricity consumption from the distribution network by approximately 70%, from the current 15.5 kWh to 4 - 6 kWh per day.

The whole system for the back-up of this WWTP serves as a pilot prototype project and we have developed it together with Czech company Envi-pur s.r.o, which is a market leader in the field of municipal and domestic wastewater treatment plants.

For the integration of this back-up system into almost any and already finished wastewater treatment plant, only minor technical adjustments in the WWTP management system are required. If even this isn't possible (e.g. due to the use of a previous subsidy), the system can be implemented completely externally with no intervention in the already finished project.

The situation is even simpler if the sponsor is just planning the WWTP implementation or is completely replacing the old technology. Then the additional backup system increases investment costs by only a few percent.

Entire installation of the system takes around two days. Assembly is carried out on the first day along with hardware commissioning, the following day the software is set-up, testing the wiring and correct functionality of the entire system. We could see how the system worked flawlessly shortly after installation. The village inhabitants were not limited in their comfort during the storms at the turn of 2019/20, despite repeated power outages.

After implementing the second stage, we are planning primarily to monitor the economic return of the project and extend the system to the drinking water treatment plant so that the water management of the settlement, where frequent power outages occur, is fully independent of the distribution network.

Do you have similar project underway? Let us know more details about to support you.