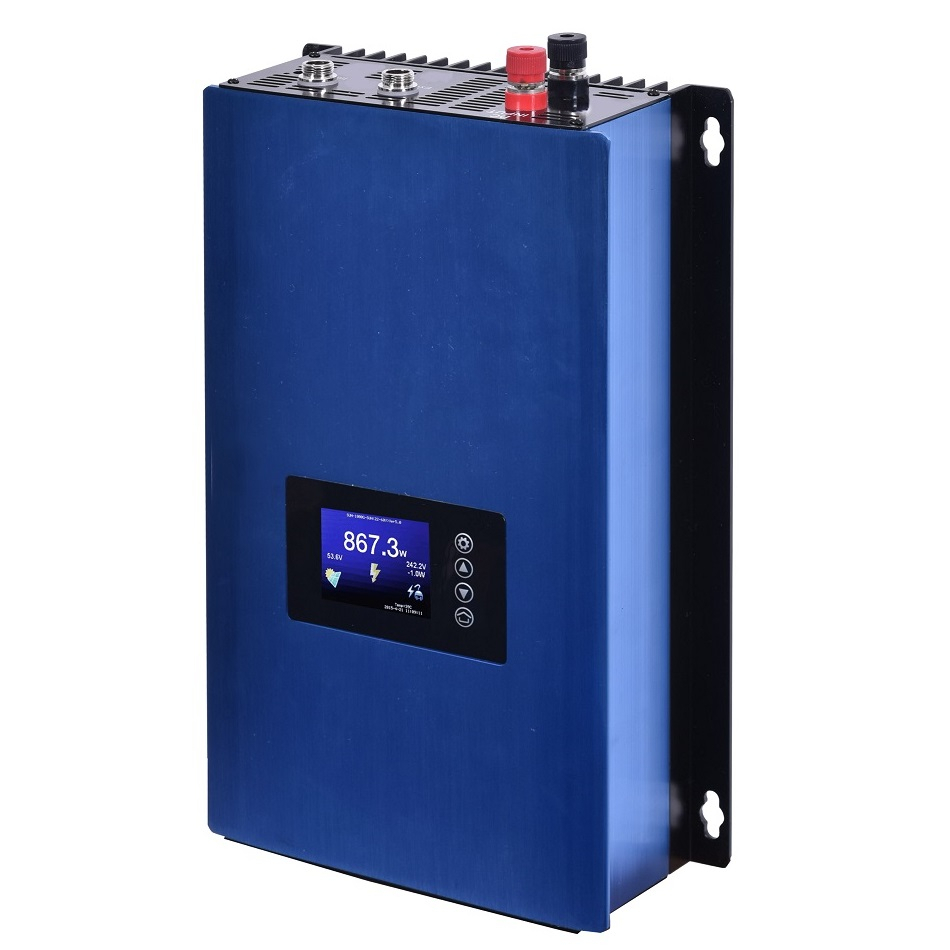 The SUN 1000 VA grid tied inverters with limiter (GTIL) work on their AC output only with the support of el. 230V grid. PV panels or a battery in the appropriate voltage range can be connected to the DC input of the inverter. An internal limiter for power overflows to the grid is included. All necessary data and parameters can be monitored and set on the built-in display.

The SUN 1000 inverter with the external accessories listed in the documentation meets the requirements for parallel connection to the Czech grid (RfG).

In the case of using a battery and a limiter, the energy obtained from the sun can be used even when it is not shining. If the energy produced is not enough for the current consumption, the remaining part is automatically replenished from the grid. Without a limiter, the system can operate into the distribution grid as a generating plant (PV plant) in surplus power sales mode (Figure 2)

Inverters can also be used to increase the available power in island (off grid) systems, e.g. in combination with Victron island inverters, in AC coupling mode (pairing with the AC output of the island inverter instead of the distribution grid). Application - Single-phase or three-phase system with battery and limiter


Due to the possible accumulation, it is particularly suitable for the use of all generated electricity for own consumption. 
If an AC mains independent inverter is designed for AC coupling (e.g. VE Multiplus), it is possible to connect the SUN inverter with limiter to its AC output. Its output thus does not affect the Multiplus' own mode (AC battery charging), but the overall output power is boosted. The output of the SUN inverter in AC coupling must be less than the output of the island to which it is connected. Charging the battery via the AC path through the Multiplus (from its input or output side) is only possible after the addition of other protection or communication elements or functions and their correct setting. (Requirements can be specified according to regional distribution grids)